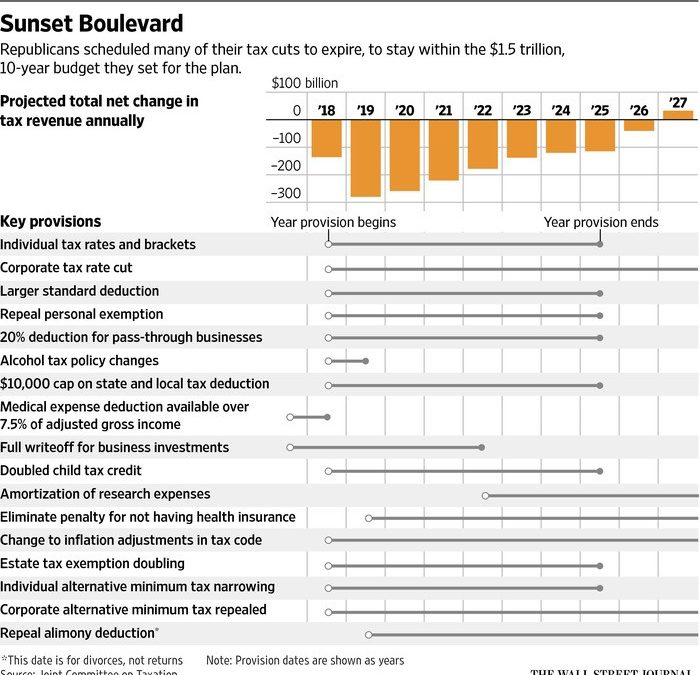 We are increasingly expectant that major tax legislation will become law as Republican leaders have indicated that after the latest round of quick negotiations, they have arrived at an agreement – the Tax Cuts and Jobs Act.  We have been following the plans closely for the past year, particularly over the past three months, and continue to believe that the final version contains a host of changes that have both positive and negative impacts to middle and high-income taxpayers. We also believe that the legislation carries significantly more complexity than current rules, and look forward to discussing your situation in greater detail in the coming weeks.

In the meantime, please see below a short list of actionable items before year-end as well as a handful of key provisions that may impact you as we head into 2018.

Key Provisions of the Act 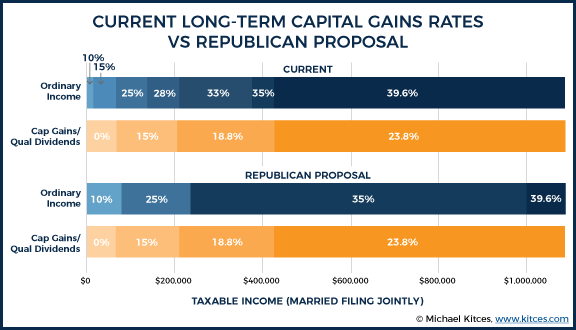 The “Tax Cuts and Jobs Act”

November 3, 2017: Yesterday House Republicans released details of the “Tax Cuts and Jobs Act” (link: Tax Bill).  The plan calls for steep tax cuts in business tax rates, an eventual repeal of the estate tax, a reduction in the number of individual income tax brackets, elimination of the Alternative Minimum Tax, significant changes to itemized deductions and the standard deduction, as well as a host of other changes that have both positive and negative impacts to middle and high-income taxpayers. 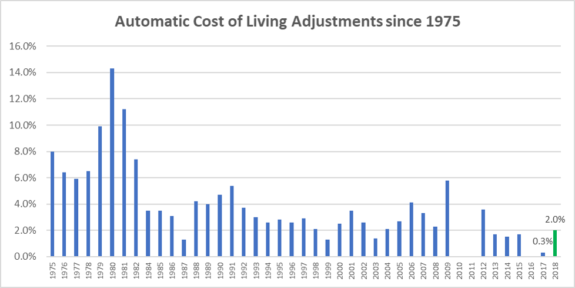 October 16, 2017: The US Government announced on Friday that Social Security checks are going up 2 percent in 2018, which is the first substantial raise in years. The raise is a cost of living adjustment (COLA) that’s meant to keep up with higher costs of everything from housing to medications. In 2017, the COLA was 0.3% and in 2016 it was 0%.

Ironically, a 2 percent increase for 2018 coincides with the unwinding of the Medicare Part B “Hold Harmless” rule that has prevented increases in premiums for the past two years (because of the low, or non-existent, COLA). So, many retirees will have their Social Security increase almost fully offset by higher Medicare costs.

In 2016 Congress closed the loopholes that effectively put an end to the “file and suspend” and “restricted application” strategies that married couples had effectively been using to increase their benefits.  Even though those strategies are off limits, there is still benefit to reviewing your Social Security claiming strategy to maximize lifetime benefits.  Keep in mind: 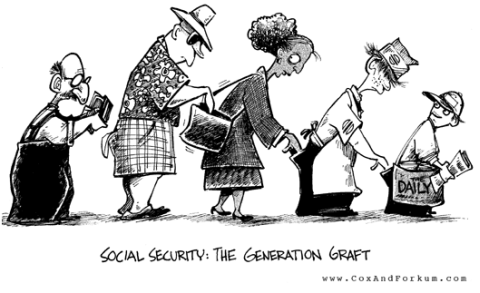 Recently Congress announced that it is making changes to the Social Security filing strategies that many couples have used for years to add thousands of dollars to their retirement incomes. Before you read any further, please note that if you are already receiving Social Security benefits based on your own record, or by using one of the strategies that will soon go away, your benefits will not change or be interrupted by the legislation.

The legislation in question, the Bipartisan Budget Bill 2015, was passed by the Senate last week and will likely become law once signed by the President.  The two strategies under fire – known as file-and-suspend and a restricted application for spousal benefits – have made it possible for couples to delay claiming Social Security benefits based on his or her own earning record, each taking advantage of their eventual benefit growing by 8% per year for each year deferred, while one spouse can claim ½ of the other spouse’s benefit until switching to their own (often age 70). To do this, typically the higher earner files for benefits and suspends them, while the other files a restricted application for spousal benefits.

Here’s what you should know:

END_OF_DOCUMENT_TOKEN_TO_BE_REPLACED 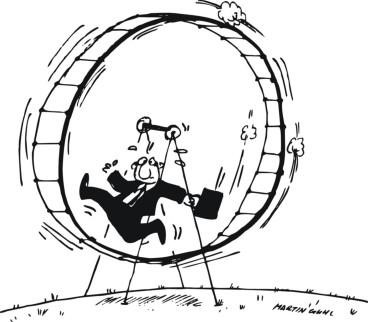 Convert, De-convert, Re-convert…The stock market’s recent drop has no immediate tax impact on traditional or Roth IRAs invested in stocks and ETFs. That’s because neither losses nor gains are recognized within IRAs. However, in today’s market, if there is a silver lining, there are some tax strategies for IRA owners to consider:

END_OF_DOCUMENT_TOKEN_TO_BE_REPLACED

IRS “Throws in the Towel” on 401(k) Roth Conversions

For years the IRS held strong: When rolling over 401(k) funds, after-tax and pre-tax funds are distributed pro-rata. However, with the recent issuance of IRS Notice 2014-54, the rules have changed.

Historically, for those who maxed out their tax-deferred growth options, saving money in an after-tax 401(k) plan was not a great strategy. The IRS’ stance on pro-rata distributions made it impossible to convert after-tax funds in a 401(k) to a Roth IRA and pre-tax funds to a traditional IRA in tax-free transactions. Now, the IRS has reversed its prior position and taxpayers who wish to roll over their 401(k) funds may allocate the after-tax portion to a Roth IRA.